Iron Ingot is a found item in both stage 1 and 2.

This can be used in the following recipes:

Stage 1: In the Cliffs region of the Island, after pushing a rock into the hole between two palm trees on the main screen, you'll be able to move to the east to a screen with many Teak trees, as well as some islands out of reach.

Watch for a jagged rock sticking up from the ground just north of a Potato bush. Punch the bush to reveal a hole. Use the Shovel on the hole, and voilà!

Unlike other items found in the Cliffs, this one does not appear to regenerate. That's ok, since you only need to build a Hammer once.

Stage 2: The Iron Ingot is under a cassava bush on the north side of the river that feeds the waterfall. To get it you need to first divert the river.

To divert the river you need to push one white stone into the hole on the northeast area of the main island. Then you need to get a second white stone down from the top of the mountain, over the stone you pushed into the whole and into the river to cause the water to change paths. To get the second stone down from the mountain and into place you will need lots of sturdy rope (at least 30), to build a bridge between the two mountain peaks and to dig out all the dirt under the Acacia trees (3 trees with wide flat tops).

This is a challenging puzzle. If you leave the screen the rock puzzle will reset to the last checkpoint. There are three checkpoints: top of the mountain, end of the bridge, bottom of the mountain by the Agathis trees. The iron ingot does not re-spawn, but you only need one. 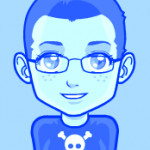